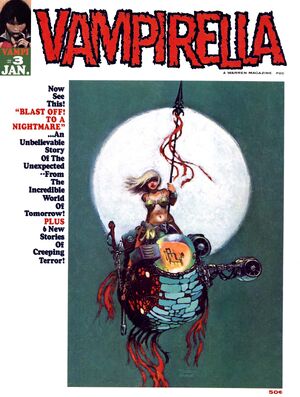 Appearing in "Wicked is Who Wicked Does!"Edit

Synopsis for "Wicked is Who Wicked Does!"Edit

After her spell backfired, Evily goes out to the Black Forest, looking for the Tree of her Ancestors, which could restore her evil powers and her twisted looks. Evily goes with one of her troll servants, but they are attacked by bandits in the forest. Evily attemps to use her magic against them, but her spells are harmless and counterproductive against them as a result of the loss of her evil magic.

Evily is taken to the leader of the bandits, the ruthless Shavga and she explains that she is the wicked sorceress Evily. Shavga is willing to give her a chance to prove such a claim and allows her to reach the Tree of her Ancestors, but he follows her closely. Upon reaching the Tree, the power of Merlin and all of Evily's ancestors is transferred to her, restoring her dark magic. However, Shavga uses magic of his own to stop the transformation and Evily remains in her innocent looking human body. Shavga's attempt to claim some of the Tree's magic failed and instead, it crystalized the tree, leaving it dead and useless. Evily promises to restore the Tree's former glory and subsequently, she will get revenge against Vampirella for causing her all the troubles.

Community content is available under CC-BY-SA unless otherwise noted.